Note: The photos in this post were edited using a pre-release copy of my coming iPad app, Filterstorm.

The Nikkor 85mm f/2.8D PC (perspective control) is the longest of Nikon’s three tilt & shift lenses. If you’re unfamiliar with the concept of tilt/shift lenses, they allow you to alter perspective using the same motions (though more limited) as a view camera. You can tilt the lens to make the plane of focus not parallel to the film plane as it always is with regular lenses, and shift the lens to see left, right, above, or below the image you would normally take without turning the camera. 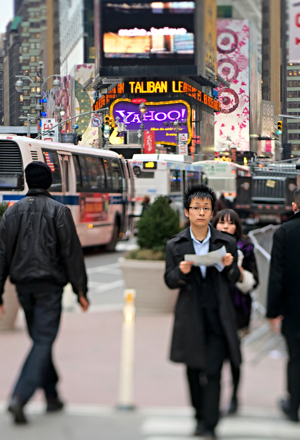 These lenses are commonly used in landscape and architecture photography to get more in focus than would otherwise be possible. If you are shooting a bed of flowers, you can tilt the plane of focus to line up with the top of the bed and keep petals both close and far from the camera in focus. In portraiture, you can use them to narrow focus down to the eyes, or to better isolate a person. Here, the person’s head is the only part of the foreground in focus, and despite using boke to frame the subject, we can still get some of the background in focus as context. The true narrowness of the focus is a bit obscured in the tiny thumbnail, so I’d suggest looking at the full sized version. I’ve cropped this thumbnail, too, to help preserve the effect. 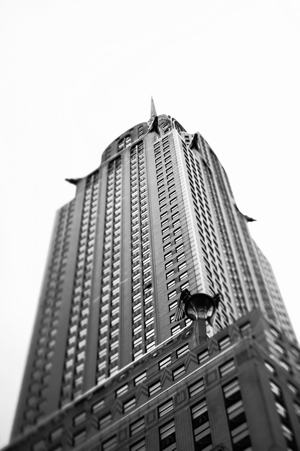 With a building, instead of getting a couple floors in focus like I would with a normal 85mm at f/2.8, I can get a line going up the side of the building in focus. If I wanted to, I could have stopped down and had the whole thing in focus.

So far I’m loving the 85mm f/2.8 PC. It’s the same as the newer PC-E except without the electronic aperture control, and without nano-coating. So far it seems mostly sharp and vignette free corner to corner when not tilting/shifting to the max, but I haven’t had it long enough to say anything with certainty.