Note: The views expressed in this essay come not from any research into stereoscopic projection, but from my knowledge of perception both from photography and my experience having written a ray tracer. All statements should be considered with this in mind.

I have been troubled in recent years by the increasing popularity of “3-D” stereoscopic projection. I am speaking of the technology in which a separate image for each video frame is fed into each eye. Older versions of this technology used different colored filters attached to cardboard glasses, while most modern approaches use polarized filters to accomplish this. From the first time I saw such a movie I was bothered by how it looked, but it has only been recently that I’ve been able to put together a more concrete basis for these feelings.

This first set of fixable problems are the most immediately obvious, and the problems I’ve seen mentioned by others. Polarized lenses significantly dull the image both in terms of brightness and color. If you’ve been in a movie for which only parts are 3D, the change in picture is obvious every time you put on and take off the glasses. More than this, if you’re watching on a large screen or are seated close to it, it is very likely you will see a double image as polarized lenses filter much less effectively at wide angles.

There are alternatives to filters such as glasses with separate LCDs on each eye, or glasses that block out the vision of one eye at a time while the image for the alternate eye is flashed on the screen. Both of these methods help alleviate such problems, but have significant cost associated with them, and will not likely be popularized soon. Also, some projection methods use circularly polarized lenses, which helps to cut down on the double-image effect.

The more damning of the problems I see with stereoscopic projection are the inherent differences between the stereoscopic simulation, and an actual 3-D scene. 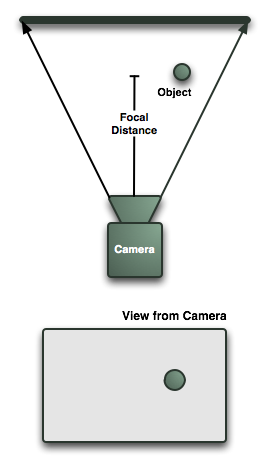 Diagram 1 illustrates in simplest terms how a camera sees. It looks at an object, in this case a ball, by adjusting the focus of its lens to the proper distance. At this point it records an in focus object somewhere in its field of view, the film or camera sensor. 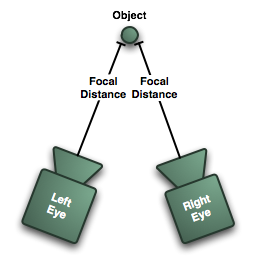 Diagram 2 shows how human eyes see. Each eye acts as a camera, able to adjust its focal distance to get an object in focus. In addition, both eyes center on an object at that distance which gives us a reasonably accurate perception of depth. Both eyes work in unison, and it is difficult — if not impossible — for me to have a single eye change focus without the other eye positioning itself to match, even when holding it shut. 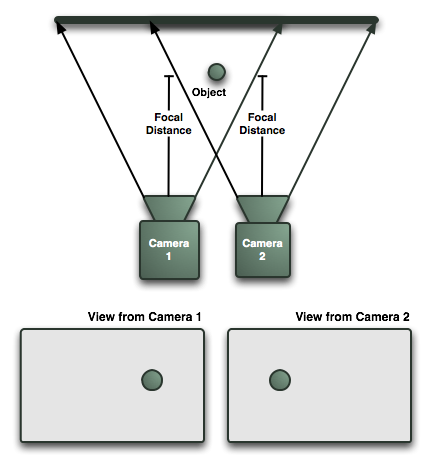 Diagram 3 shows us how a stereoscopic image is recorded. Two lenses spaced some horizontal distance from each other record the same scene in unison, much as our eyes see, and the offset in their field of view becomes what each eye is to view when projected. 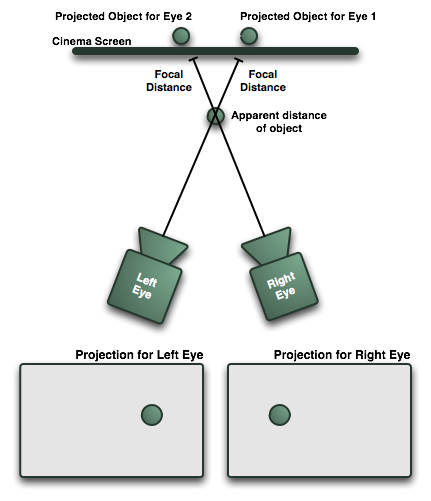 Diagram 4 is where I believe my headaches come from. When an object is projected via stereoscopic means, our eyes adjust their angle in order to match up their individual inputs, which makes it seem the object is in front of the screen. However, each eye is actually focused on an object in this case significantly behind its apparent distance.

The presence of boke (the out of focus, blurry areas of an image) makes things worse. If I’m looking at a flat 2D image, my eyes are drawn to something that’s sharp and in focus. I have no expectation that the blurry parts of the image can be focused on, because my eyes can tell that it’s the same distance from me as the sharp part of the image.

If, however, my expectations have now been shifted to a 3-D frame of reference, I now think what’s blurry is merely so because I’m focusing on something in front of it. I then gain the expectation that I can look behind the object and it will snap into focus. However, because this scene is made from two 2-D images, the boke does not come into focus as expected, and I become disillusioned.

In the 1980s, the Japanese roboticist Mori Masahiro came up with the idea of the uncanny valley which has since also become a well known concept in CG animation. The basic idea is that as a robot becomes more human — or an image appears closer to reality — humans respond better to it. However, there reaches a point at which something looks almost real, but not fully. At this point, humans fixate on the flaws which give away the fact that it’s not real, and experience a sense of repulsion. Many, including myself, comment on experiencing this when watching The Polar Express.

What makes stereoscopic projection a potential improvement to cinema, is the very thing that drives me away. Once the expectation that ‘this is a 3D scene’ enters my head, it must be fully satisfied. Until we reach that point, it should be looked at as an area of study, not a form of mass media. Pixar learned to not make realistic humans without having made their version The Polar Express first. Instead of creating more realistic humans, they push the bounds of style. Can’t theatres do the same and push 2D projection to new heights?

I’ve seen Avatar twice. First time it sucked terribly because I was too close to the screen. Next time, I was at the back of the theatre. 3D was much better. Above all, I had to learn to be a nice boy and NOT to look around. Because the blurry parts don’t get sharp. You have to follow the directors focus. And that’s a basic contradiction for me. 3D doesn’t give you a richer, fuller visual experience. It only looks good if you watch the scene exactly how the director wants you to watch it.

Sitting towards the back of the theatre will help in a few ways. It lessens the changes in apparent depth, and reduces the double image effect that can happen through polarized lenses because the screen will take up a smaller portion of your field of view.

I find it disappointing that it’s becoming difficult to find a 2D version in a good theater.

I love the design. Very clear and fresh. Great details. Looks great even on my 14” iBook.

Nice posting, thanks! Could you post, or provide a direct link for your comment about Polar Express? There are MANY pages of comments there!

My friend and I saw Avatar in 3d and we both had immense pain in heads and eyes. We were setting in the middle of the rows, in the centre area. It took 24 hours for eyes to get rid of the pain and our heads also. Is 3D harmful for eyes? Any medical reason?

I seriously doubt stereoscopy could cause any permanent damage. I’ve heard of disparity between senses causing nausea, and 3D projection certainly causes headaches. Pain in the eyes for 24 hours, however, seems to be on a completely different level. If you end up asking a doctor about it I’d like to hear what you find out.